This article discusses who is likely to make the NCAA tournament based on potential outcomes this weekend. It’s largely based on the following forecast:
Wins needed to emerge at PWR rank

Now that we’re in conference tournament play, note that the forecast is for one week.

Near locks for the NCAA tournament

It would take highly unlikely (though not mathematically impossible!) bad luck for any of the current top 6 to miss the NCAA tournament.

#1 St Cloud through #6 Denver should emerge from the weekend in the top 8, even if they fail to advance. It would be exceedingly unlikely for any of them to then fall to #12 or below while idle AND have conference tournaments won by enough low ranked teams that teams in the #12 range fail to make the NCAA tournament at-large.

A similar case can be made for #7 Michigan, who should fall between #7-#12 if they lose. But, it’s just possible enough to hit #12 (or below) and miss that I don’t yet dare call the Wolverines a lock. 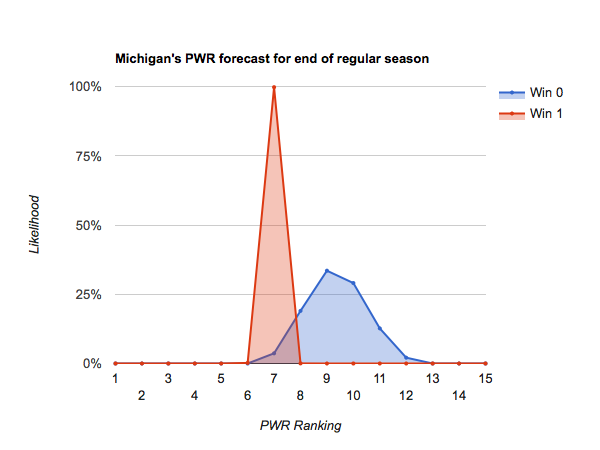 Control their own destiny

#8 Clarkson through #12 Providence can drop to the bubble with loss(es), or position themselves well with win(s). None of these teams would be outright eliminated if they fail to advance this weekend, but would become dependent on others’ performances and some luck.

Watching from the sidelines

#13 Minnesota has already been eliminated from the Big Ten tournament, so is not playing this weekend, and is likely to emerge from the weekend between #10-14. Nothing is likely to change for the Gophers this weekend–they’re not yet eliminated, but will be dependent on others’ performances and some luck. 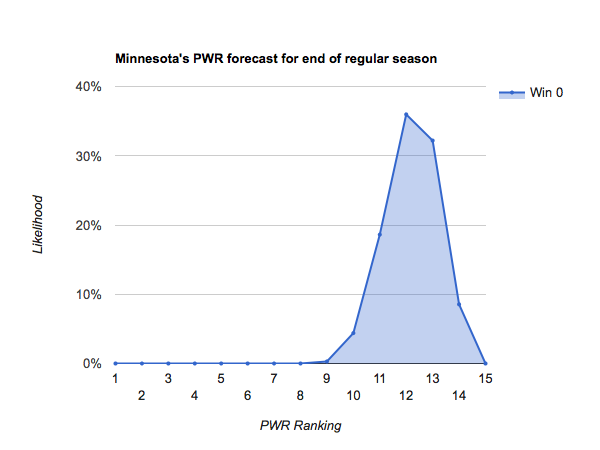 It’s tough to imagine #14 Nebraska-Omaha or below making the NCAA tournament unless they advance this weekend. The Mavericks show some chance of emerging #15, with a slim remaining chance of an at-large bid, from a winless weekend; but even that hope doesn’t seem to extend to #15 North Dakota and below. 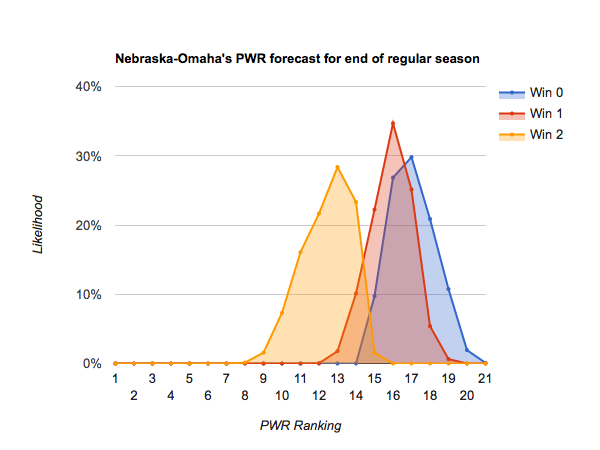 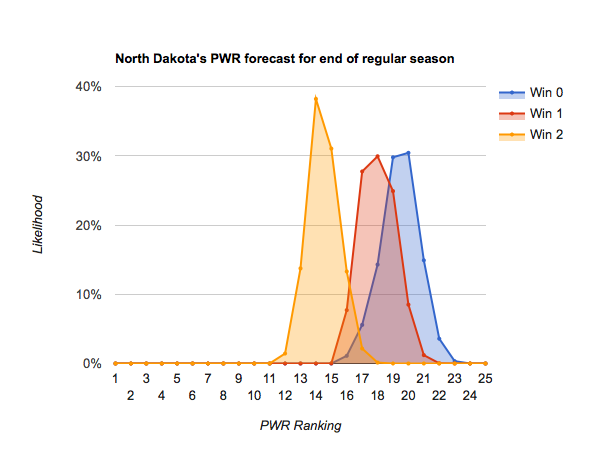