With all conferences except the NCHC in the opening round of conference playoffs, many teams have the weekend off while others play in a best-of-3 play-in series.

Here’s where teams could end up after this weekend’s play:
PWR Forecast By Wins

View from the top

#1 St Cloud St isn’t going anywhere. Even though the Huskies play a pair of games, #2 Notre Dame and #3 Cornell are idle so can’t do enough to overtake St Cloud. They’re also both nearly guaranteed to stay in the top 4. 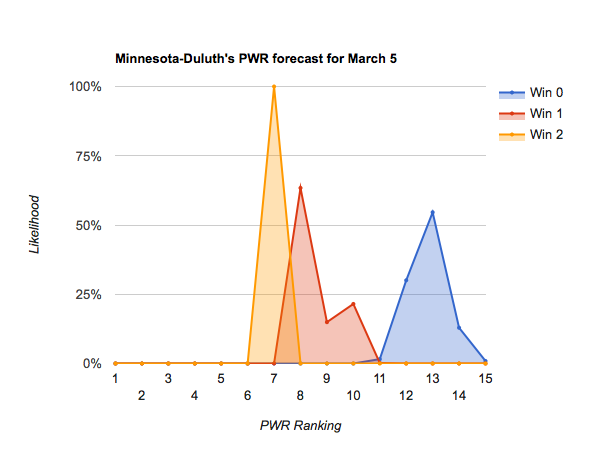 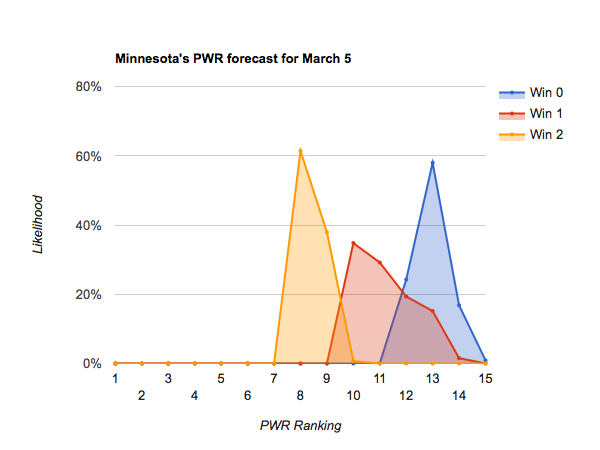 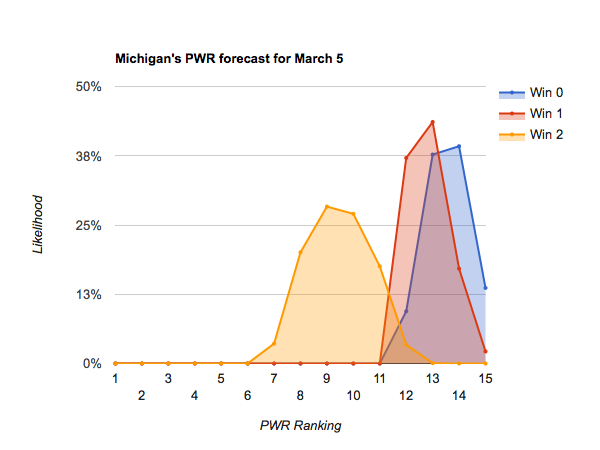 #13 Penn State, #14 North Dakota, ad #15 Nebraska-Omaha all have the potential to climb into the single digits with a pair of wins, or fall to 16 or below with no wins on the weekend. 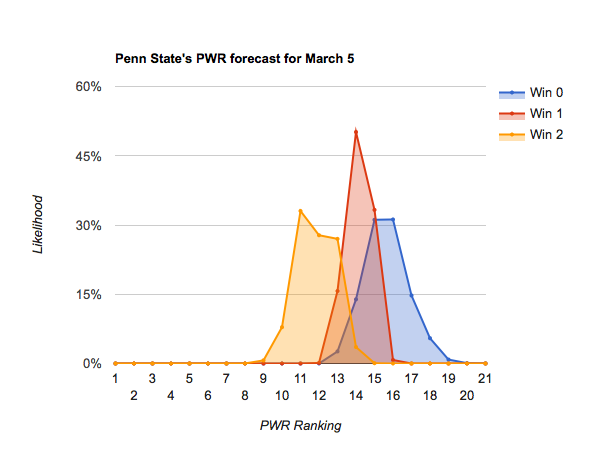 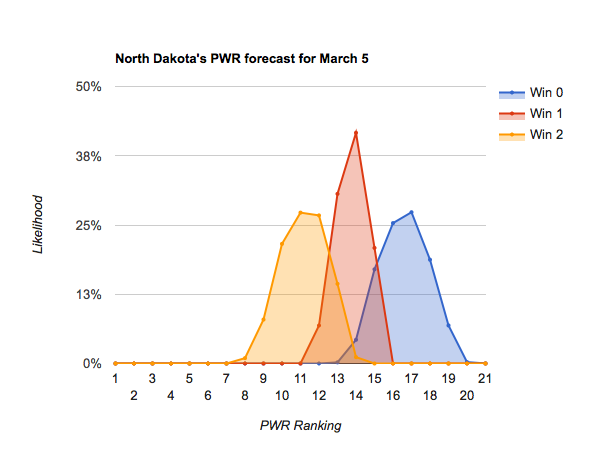 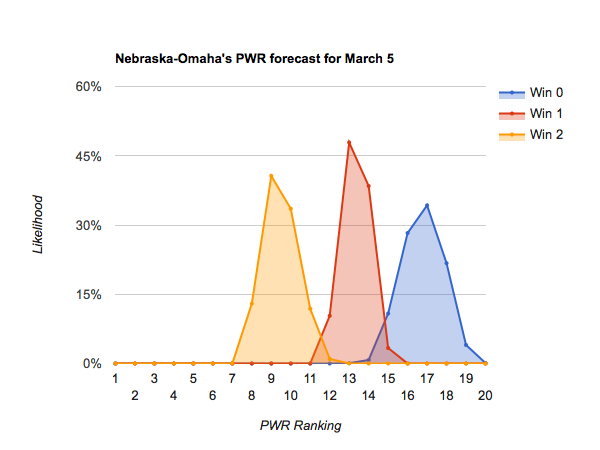 Of other teams, only #17 Northern Michigan and #18 Bowling Green stand a significant chance of climbing to 13 with a pair of wins. 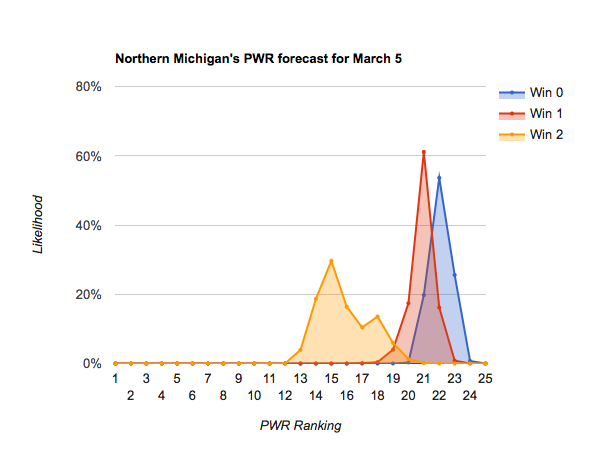 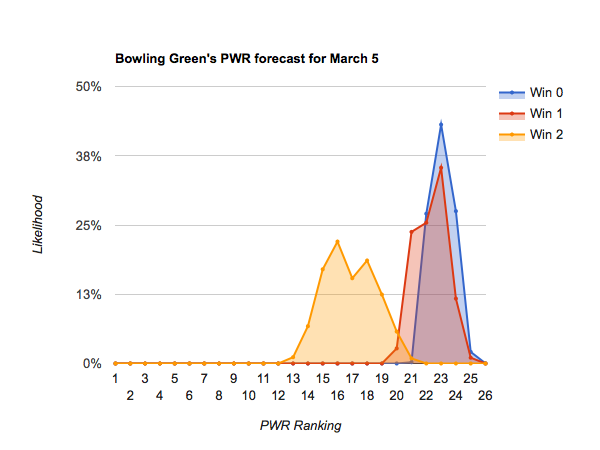