With just one weekend of play remaining until the first conference tournament begins, we know a lot more about who is likely to get an at-large bid to the NCAA tournament than we did even just a couple weeks ago.

#1 St Cloud State through #8 Arizona State are probably in, no matter how they perform. Note that there are some unlikely scenarios in which teams like #7 Ohio State, #5 Denver, and even #3 Minnesota-Duluth can fall to the teens by the end of the regular season, which would open the door for missing the tournament with a subsequently poor performance in the conference tournament and some extremely bad luck. But, that’s unlikely.

#8 Arizona State is actually a bit safer than those teams by virtue of not having a conference tournament in which they could perform poorly and push themselves lower. 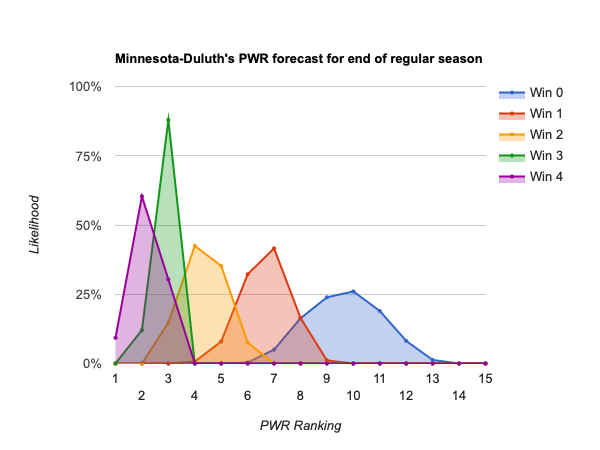 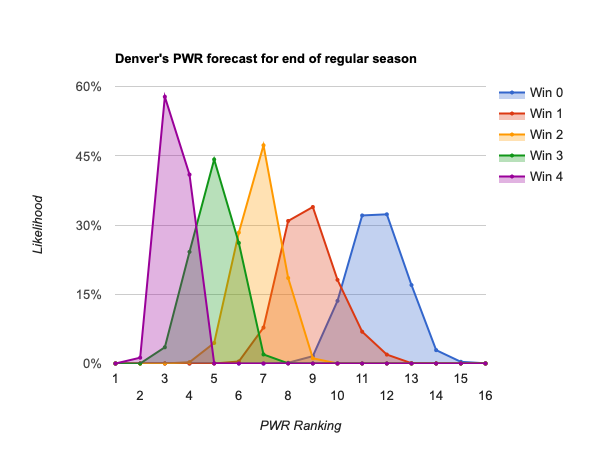 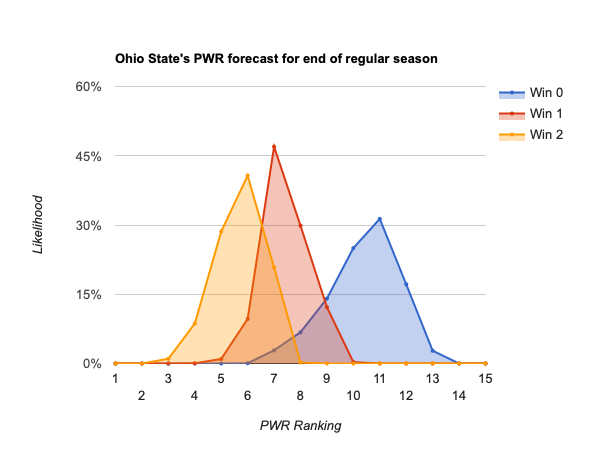 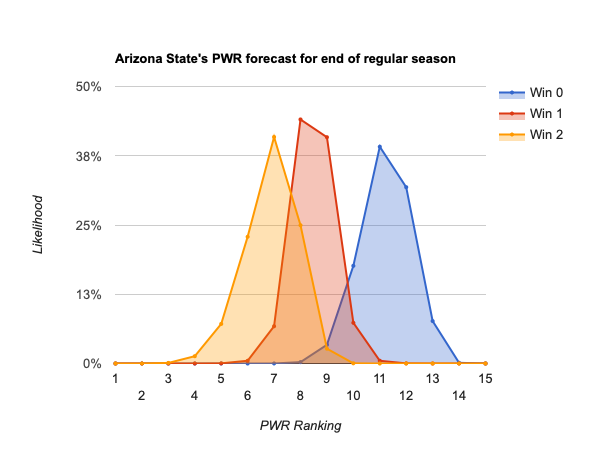 Likely in control of their own destiny

#9 Northeastern through #14 Harvard can come close to locking up an at-large bid with a strong finish, but would still be on the bubble even with a disastrous finish. Then, it would come down to conference tournament performance and quite a bit of luck around other teams’ performances to determine who gets the at-large bids.

I debated a bit whether to include Harvard in this list or the next, they’re right on the margin. There are scenarios, though not the most likely, in which even with a pair of wins Harvard could end the regular season around #13. 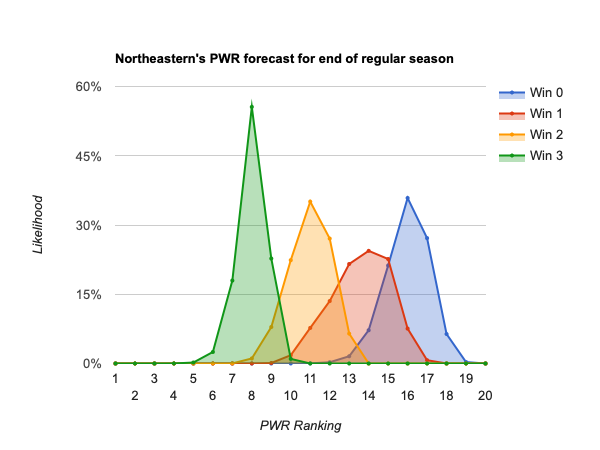 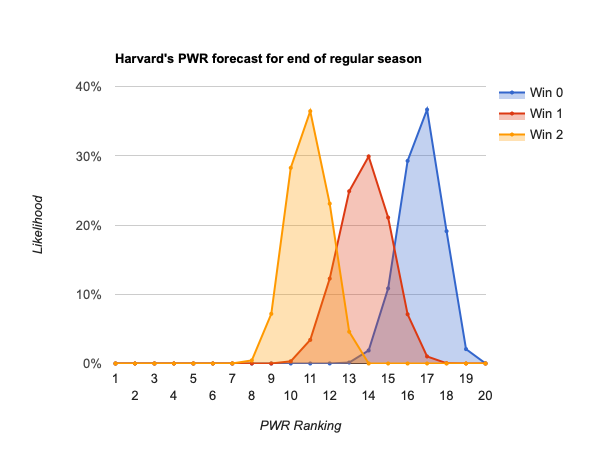 #15 Bowling Green through #19 Penn State could make the tournament at-large with a near perfect close to the season, a decent conference tournament performance, and some luck. 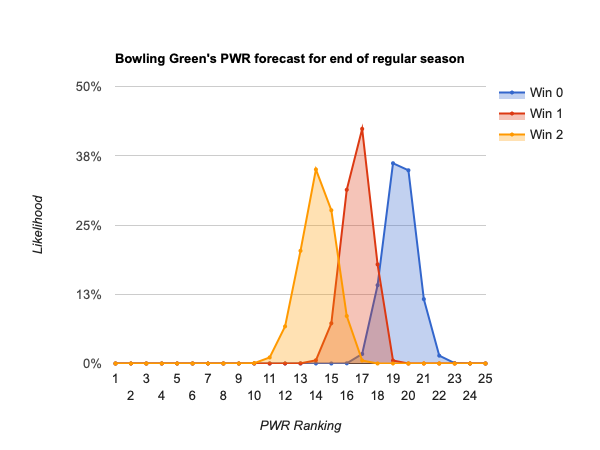 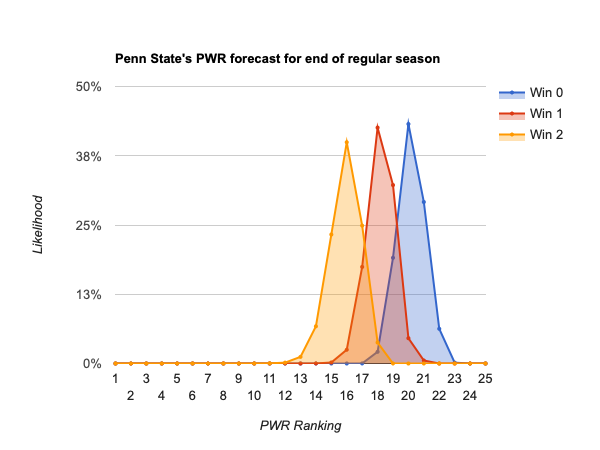 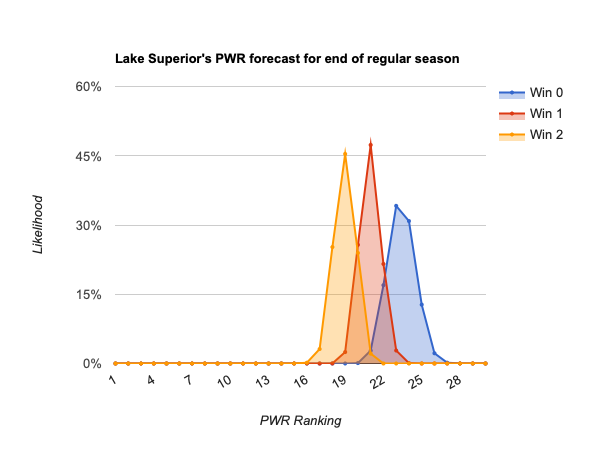