As mentioned in today’s previous article, Who’s likely to make the NCAA tournament?, most teams only have 4-6 remaining scheduled games before the playoffs, so dramatic opportunities for repositioning themselves are diminishing.

#10 Nebraska-Omaha through #17 Penn State generally stand a chance of finishing in the top 10 if they win out, or they could fall off the bubble (#16 or below) if they earn just a win or two. Those who earn a couple wins will get jostled around on the bubble by their neighbors who do particularly well or poorly. Those teams include:
#10 Nebraska-Omaha
#11 Minnesota-Duluth
#12 North Dakota
#13 Western Michigan
#14 Michigan
#15 Northeastern
#16 Northern Michigan
#17 Penn State 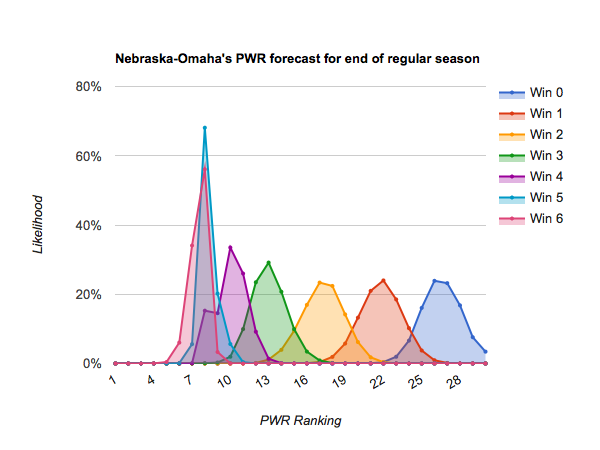 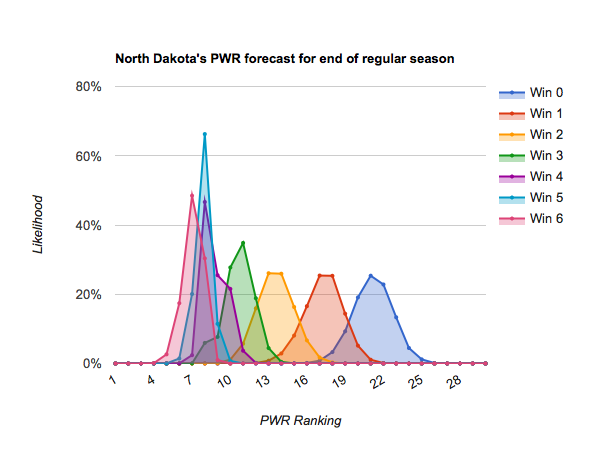 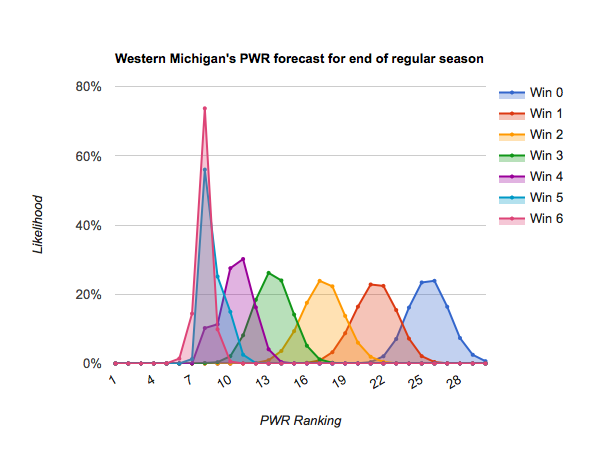 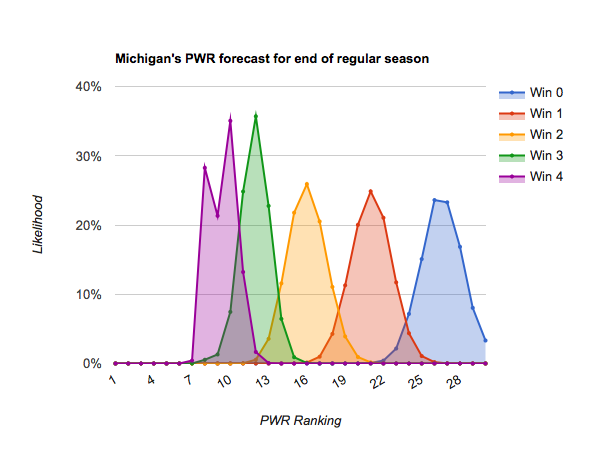 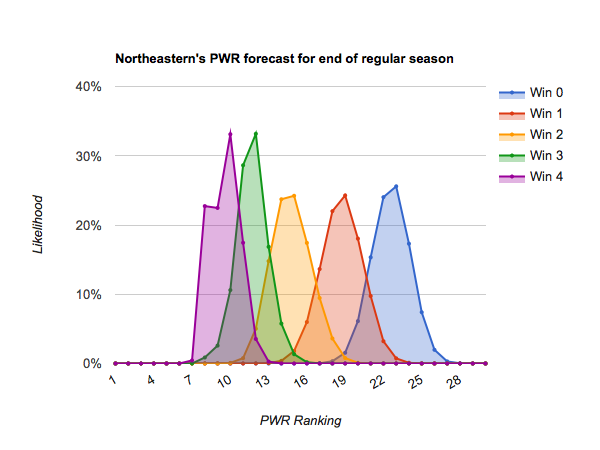 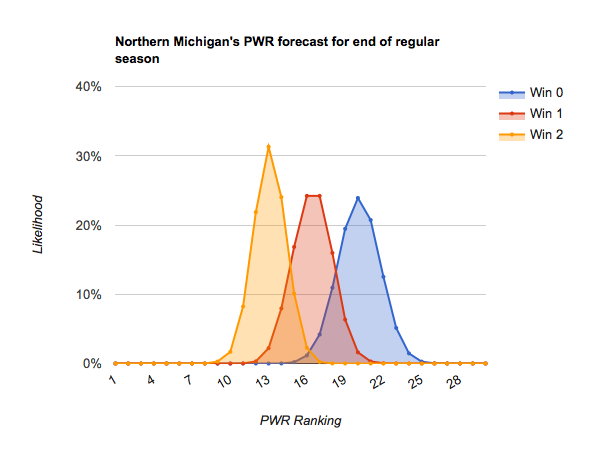 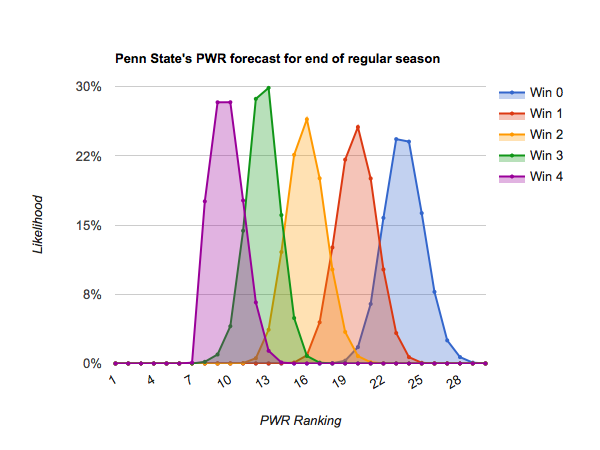 The teams just below them need to approach perfection to get into position for an at-large bid. #18 Bowling Green through #24 Maine stand a chance of breaking onto the bubble at the end of the regular season (as high as about #12) if they win out. Those teams include: 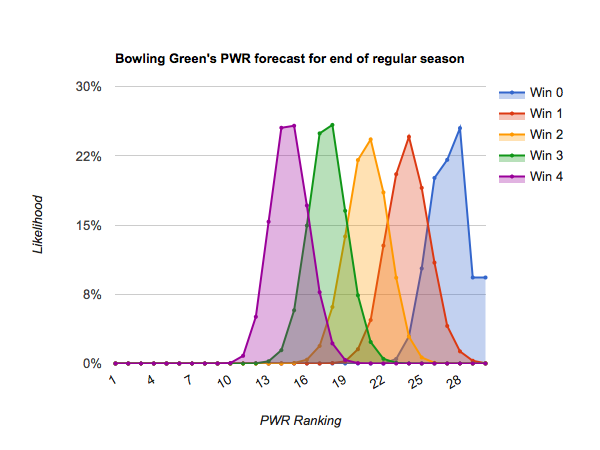 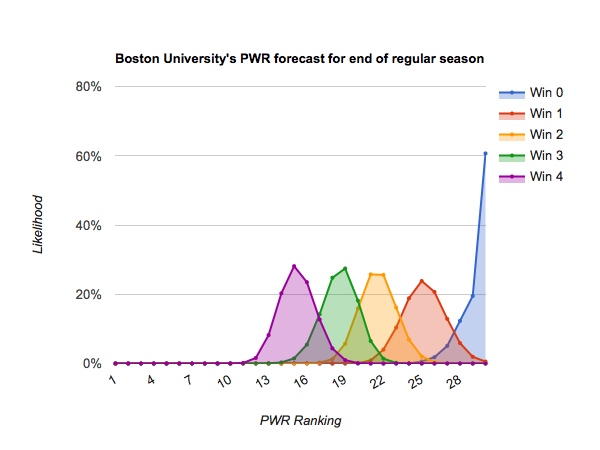 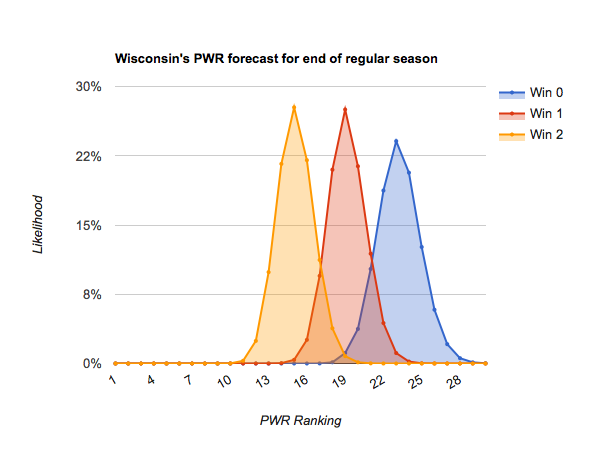 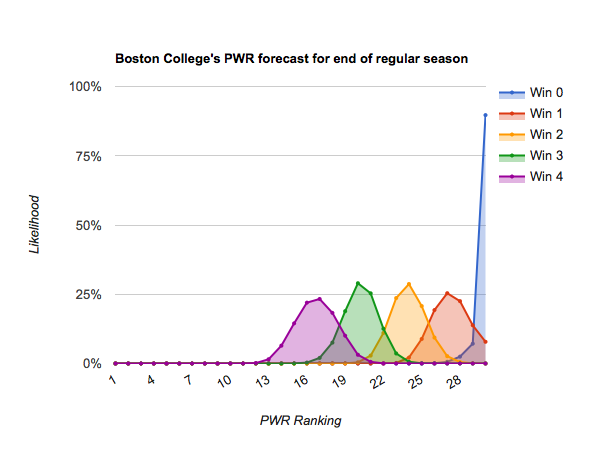 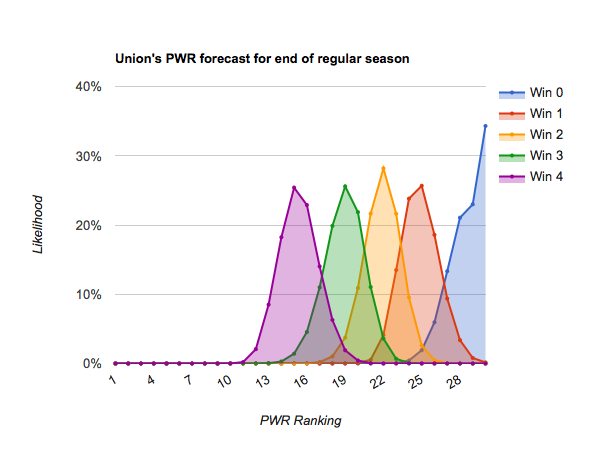 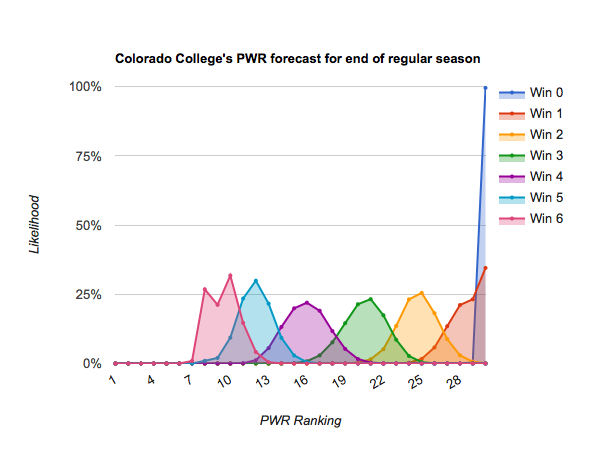 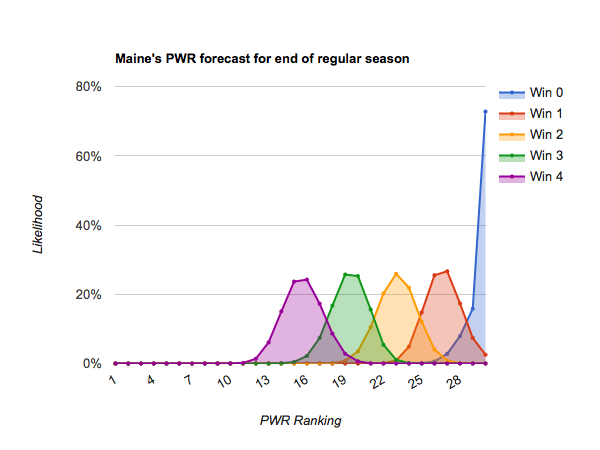 #25 Mass.-Lowell and below appear very unlikely to climb to #12 even if they win out, meaning their only likely path to an NCAA tournament bid is success in the conference tournaments. (#27 Miami has a bit more likely path than its neighbors by virtue of having six games remaining rather than 4). 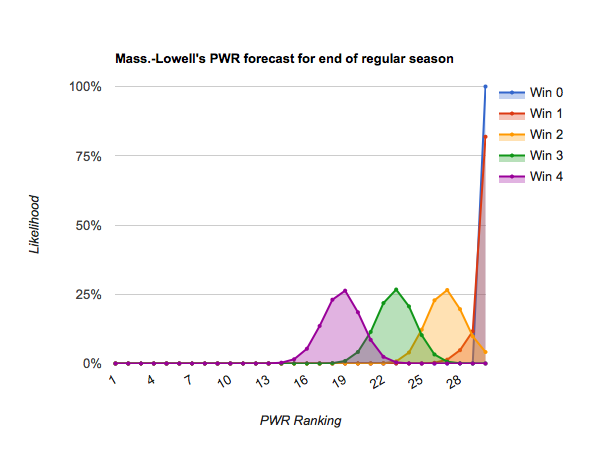 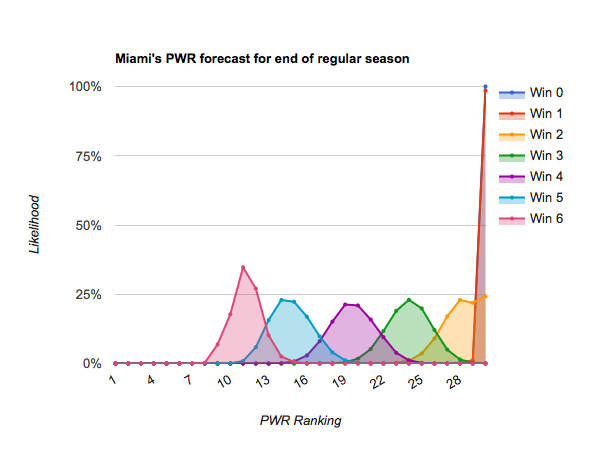