#1 St Cloud State is almost, but not quite, guaranteed to hold onto #1 with a sweep (the Huskies stay #1 in about 98% of scenarios in which they sweep), but with a single loss would become vulnerable to #2 Notre Dame overtaking them if the Irish can pull off a sweep. Neither has an easy matchup, with St Cloud State facing #12 Western Michigan and Notre Dame facing #15 Michigan. 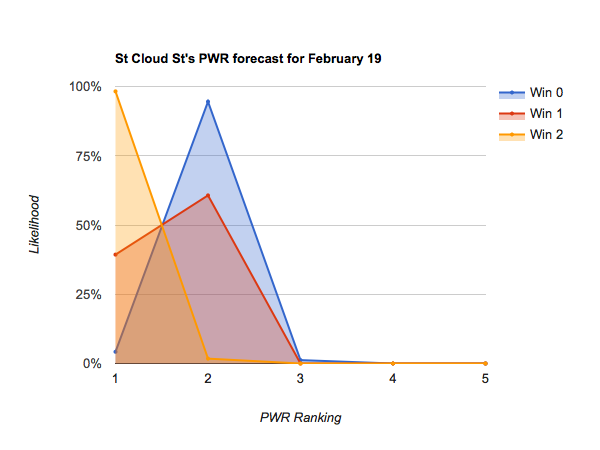 Who’s vying for a 1-seed position?

In addition to St Cloud St and Notre Dame, the rest of the top 6 are also likely to be vying for top 4 slots this weekend.

#3 Cornell is unlikely to climb, but is hoping not to fall as low as #7.

#4 Denver could climb to #2 with stumbles by those ahead of them, but could also fall as low as #7 with a poor performance.

Biggest upside potential of the weekend

#24 Colorado College is the big upside team of the week. If the Tigers sweep and all goes well, they could climb as high as #12 and firmly onto the bubble. The #14-16 range is more likely with a sweep, but even that would represent a tremendous one week climb. 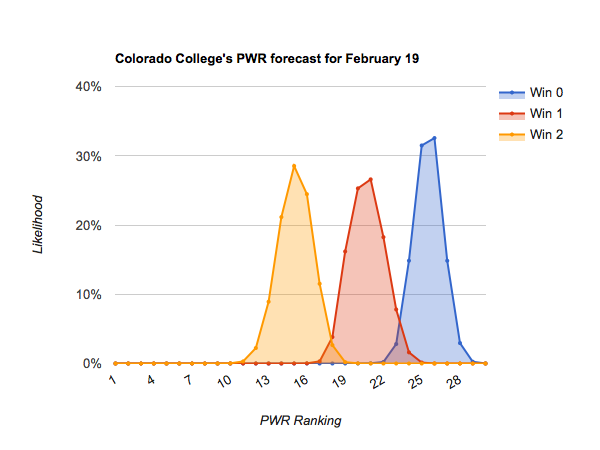 Biggest downside potential of the weekend

As often seems to be the case this time of year, around the #10-12 range can be precarious. These teams face a lot of downside potential if swept, and usually not much upside potential with a sweep. They generally need to win just to hang on, or rely on significant losses above them to climb. 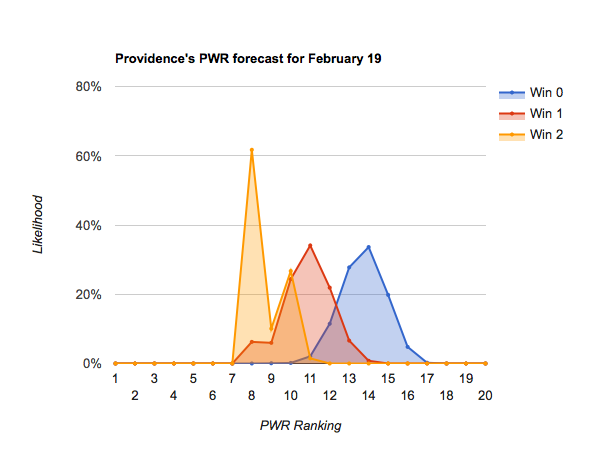 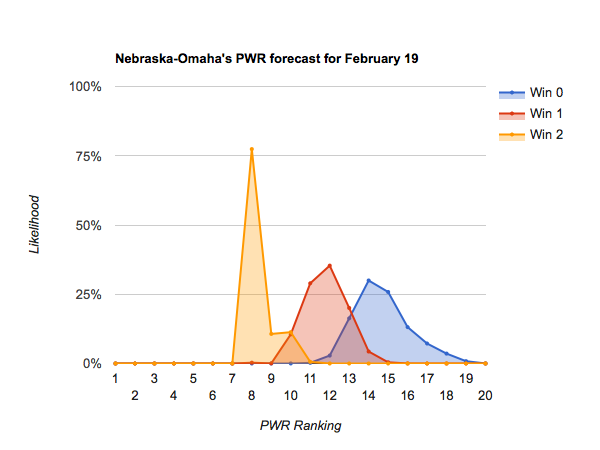 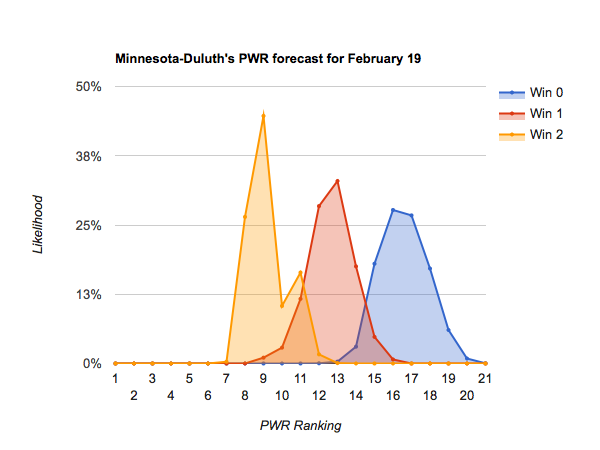 Biggest range of outcomes for the weekend

This usually comes from the 30s, where win-loss records and RPI are both in the .500 range and there’s lots of potential to climb or fall out of the pack.

This week’s biggest potential mover is #30 Yale. The Bulldogs could climb as high as about #21 with two wins or fall as low as #39 with two losses, a range of 18 positions of likely outcomes!