It’s been just over a month since I posted the First PWR forecast of the season, and things have really settled in.

Most teams only have 4-6 remaining scheduled games before the playoffs, so dramatic opportunities for repositioning themselves are diminishing.

Just a few weeks ago, in First look at 2018 tournament likelihoods, I noted that all but Notre Dame and Clarkson still needed to win about half their remaining games to stay well-positioned for the NCAA tournament.

Thanks to sufficient performances since then, quite a few more teams are starting to look pretty safe.

Through #6 are nearly guaranteed to stay top 12, even if they lose out, leaving them well-positioned going into the playoffs. Those teams are: 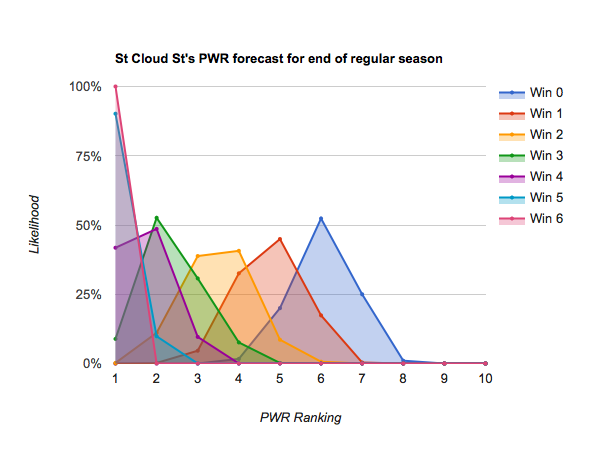 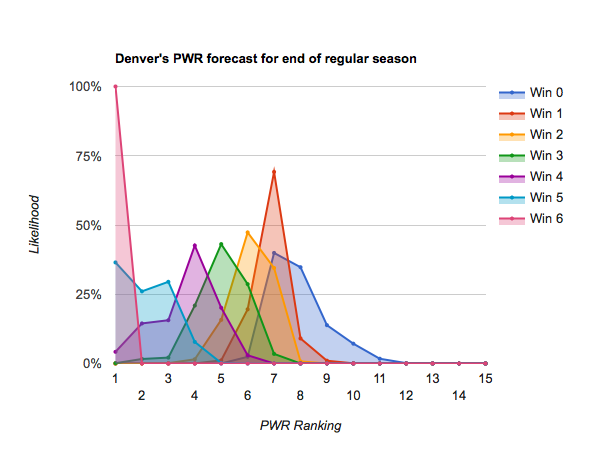 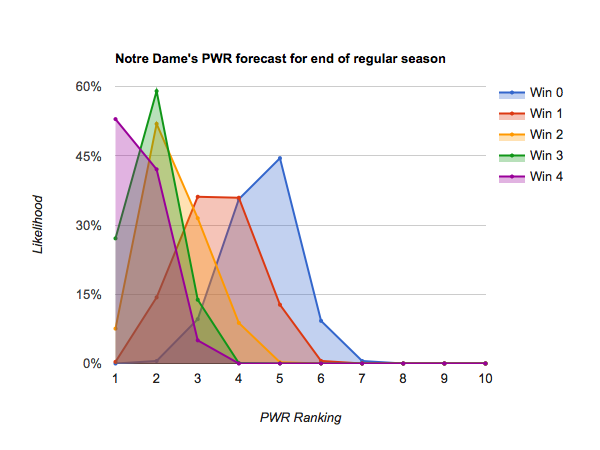 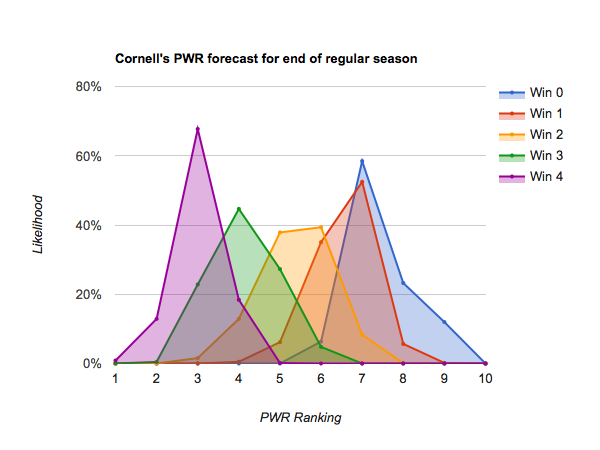 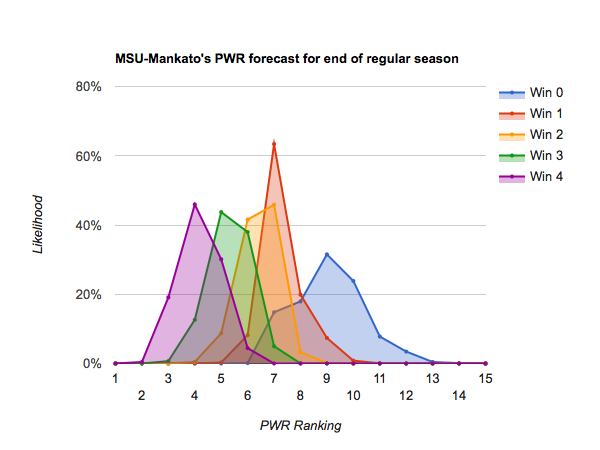 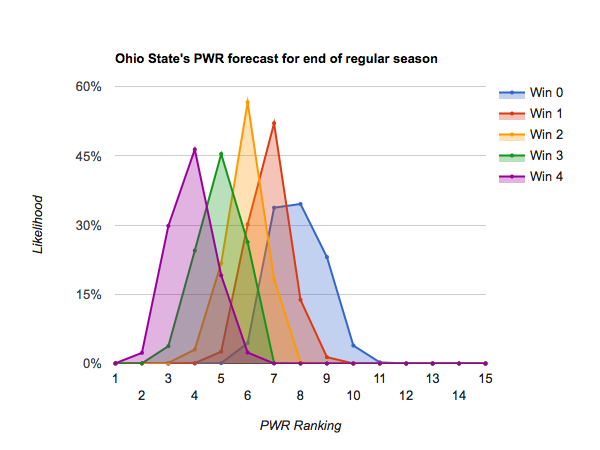 Through #9 Minnesota are almost sure to stay top 12 with even just one more win. That adds the following to the well-positioned (though not at all guaranteed!): 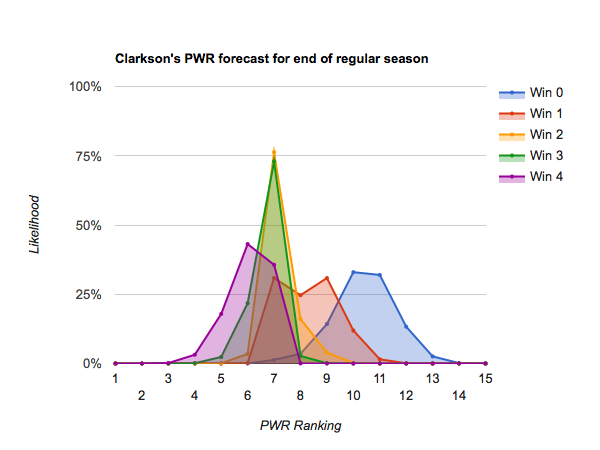 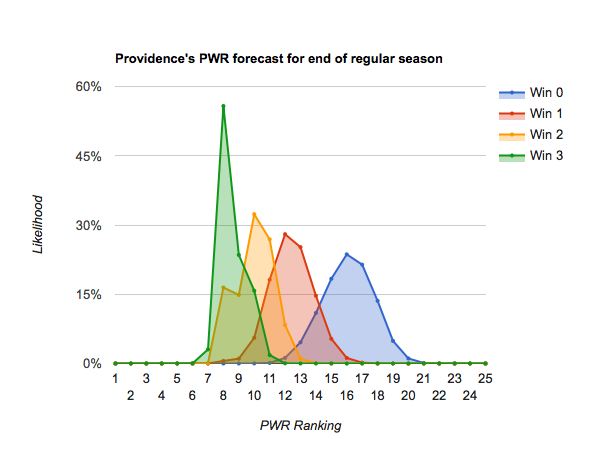 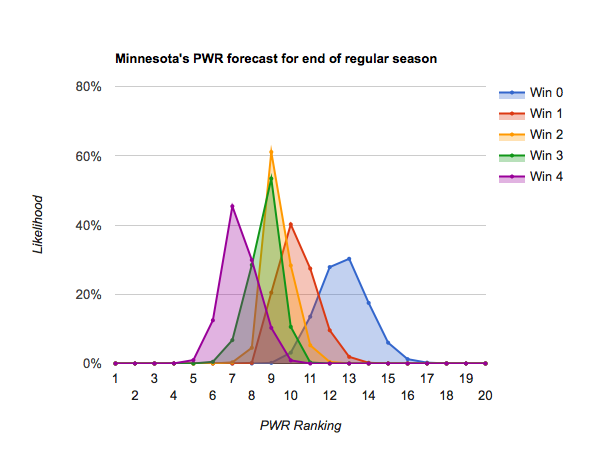