#1 St Cloud St didn’t need to sweep to hold onto the #1 spot because #2 Notre Dame stumbled with a pair of losses. Nonetheless, the Irish held onto #2 as predicted (#5 Denver could have overtaken them with a strong performance, but the Pioneers split on the weekend).

Those stumbles allowed #4 Mankato to climb into the top 4, as was noted could happen in that scenario.

None of the potential big movers came to fruition, as none pulled off the required sweeps.

Now, let’s look ahead to the coming weekend.

Because of stumbles by both St Cloud and Notre Dame last weekend, there are now 4 teams vying to emerge #1 from this weekend. In addition to the Huskies and Irish, #3 Cornell and #5 Denver stand a change of emerging from the weekend #1.

St Cloud is pretty much guaranteed to hold the #1 spot with a sweep of Denver. But, the same series gives Denver the best opportunity to take over the #1 spot if the Pioneers manage to pull off the sweep. 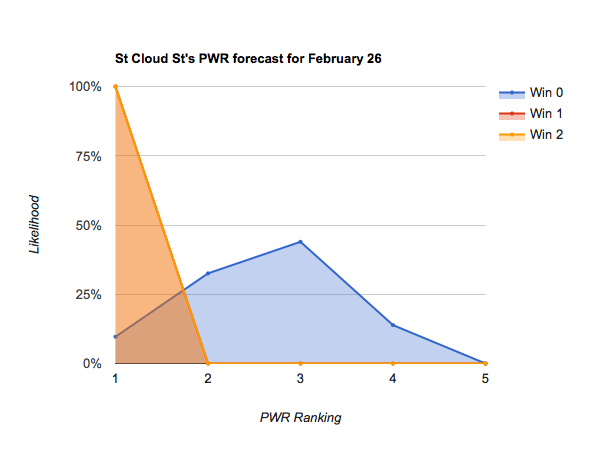 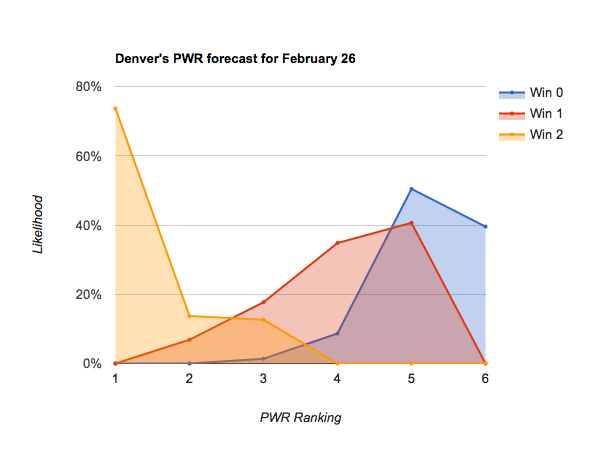 Only the top 8 teams are pretty certain to emerge from the weekend in the top 12. Including those mentioned above, those teams are:

Almost all teams through #24 Wisconsin have a chance to emerge from the weekend in the top 14, thus on the bubble for an at-large bid for the NCAA tournament.

#19 Boston University is the one exception. Hosting a pair of games against #47 Vermont just doesn’t give the Terriers much upside, with #16 looking like the best likely weekend outcome (and even that isn’t very likely). 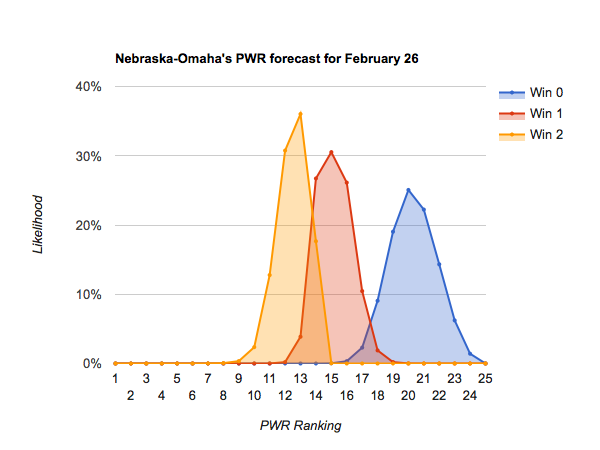 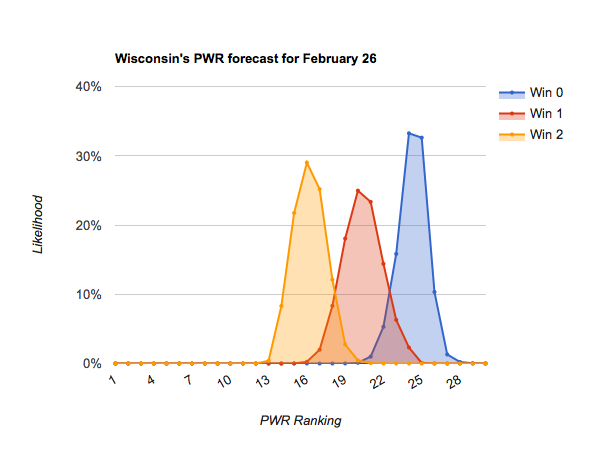 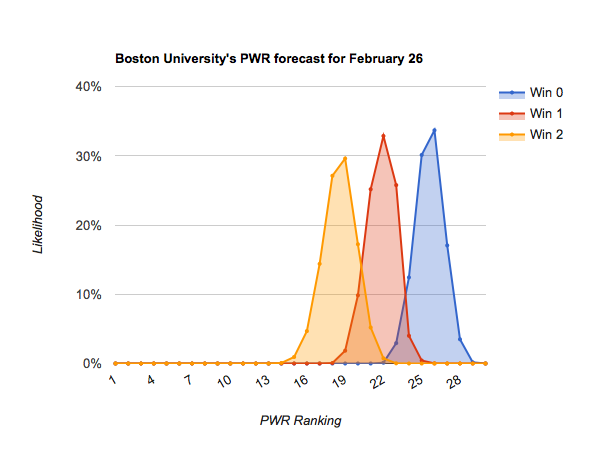 On the outside, looking in

#25 Maine and below just aren’t very likely to climb onto the bubble, regardless of their performance this weekend. Those teams will be looking for success in their conference tournaments to gain access to the NCAA tournament. 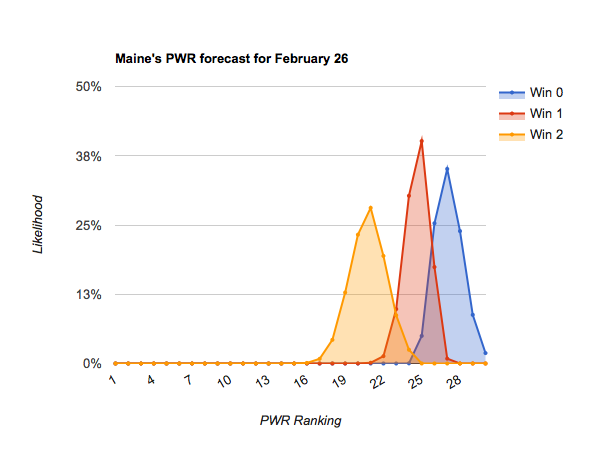 #11 Michigan is the highest ranking team facing a precipitous cliff. Getting swept by #55 Arizona St could push the Wolverines as low as #22, with the #17-19 range most likely. A sweep isn’t particularly helpful, with a #10-11 ranking the most likely outcome of a sweep.

Perhaps more likely, #14 Nebraska-Omaha faces similar downside in a pair of games against #23 Colorado College. Getting swept could push the Mavericks as low as #24, though #19-21 are most likely. UNO, however, faces some upside potential from a sweep, with a climb to #11-12 most likely.