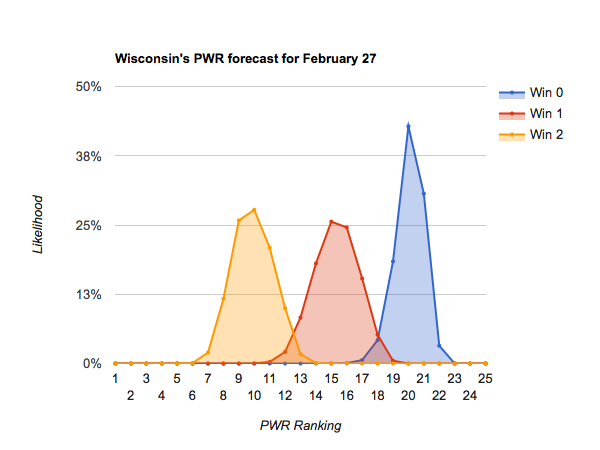 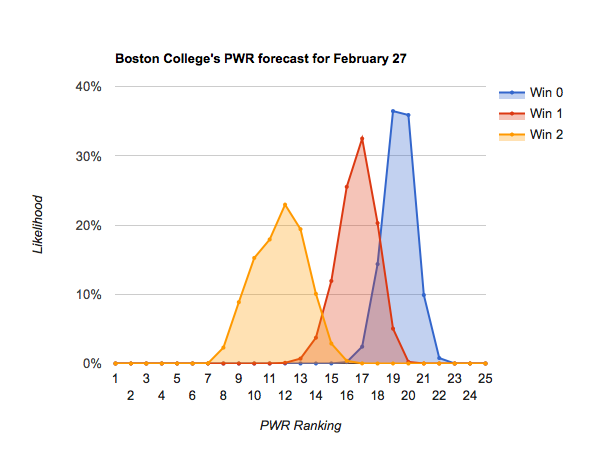 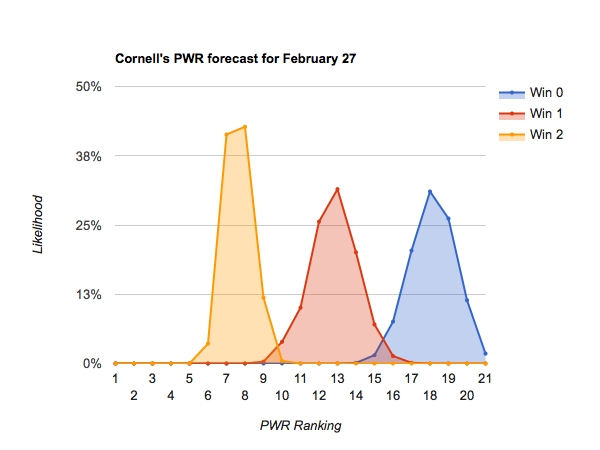 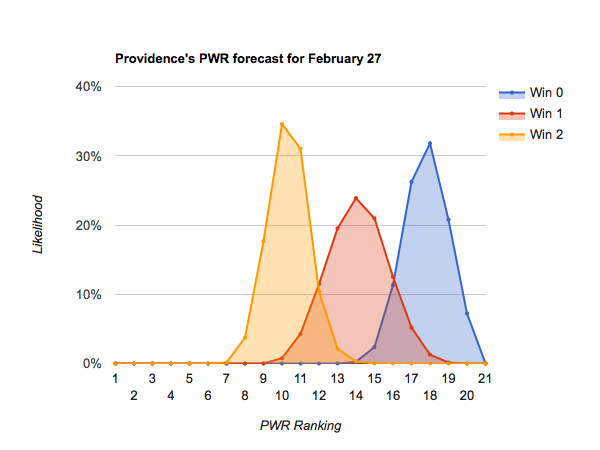 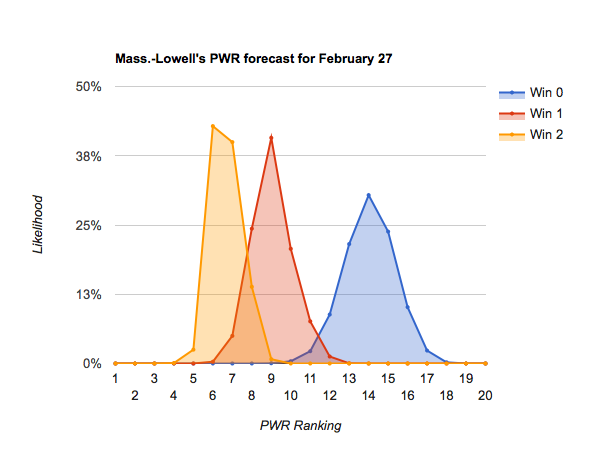 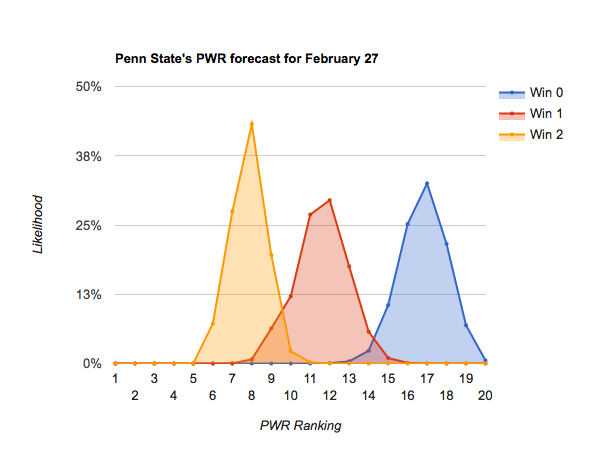 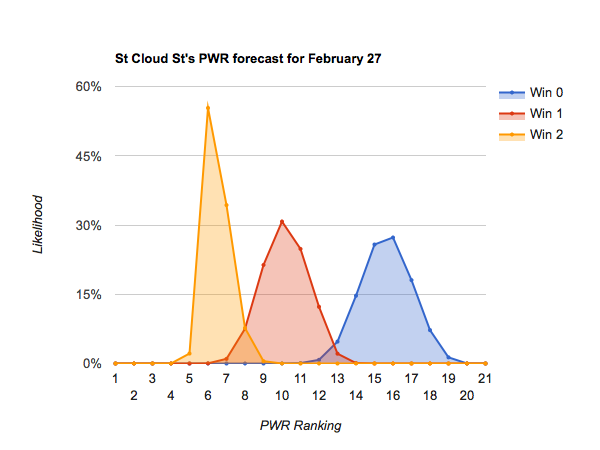 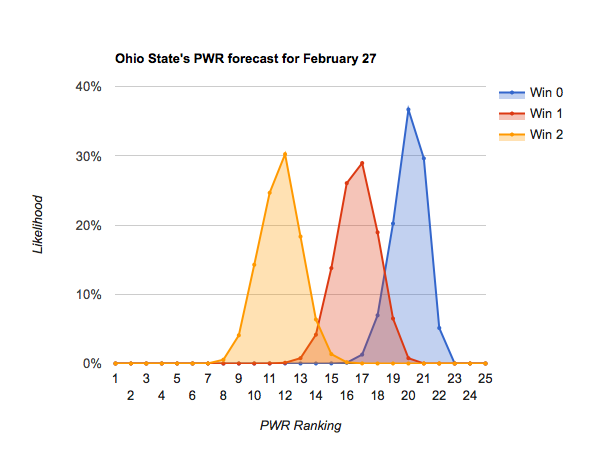 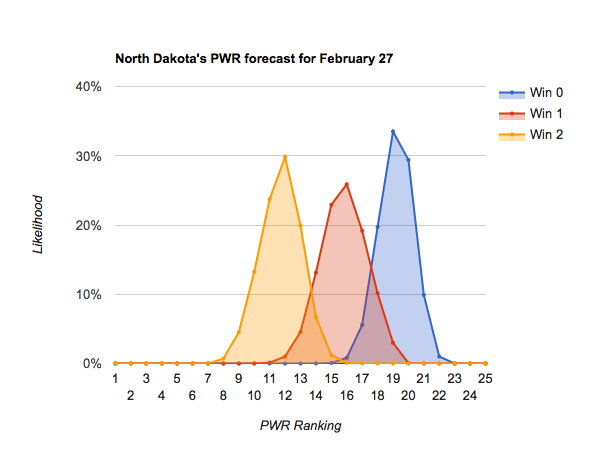 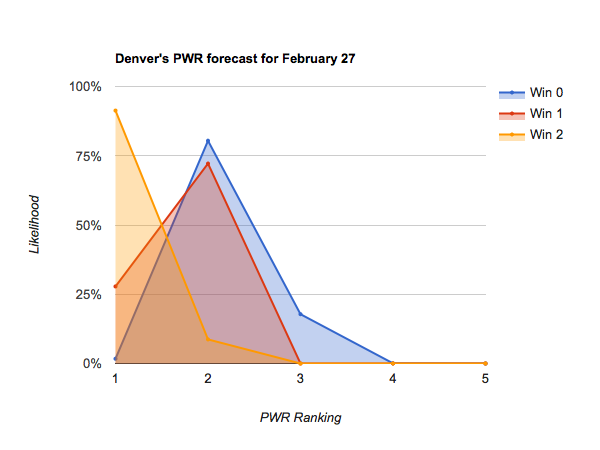 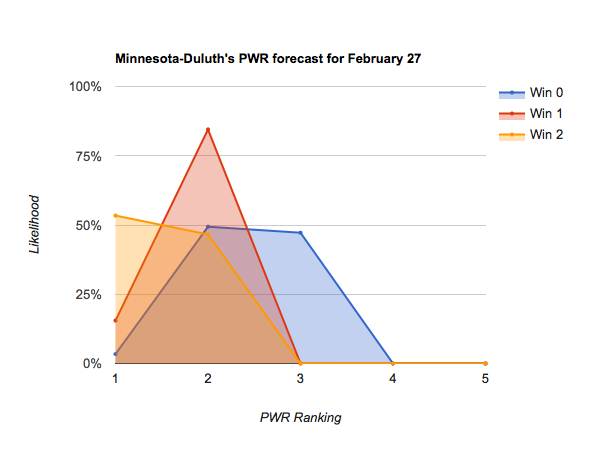 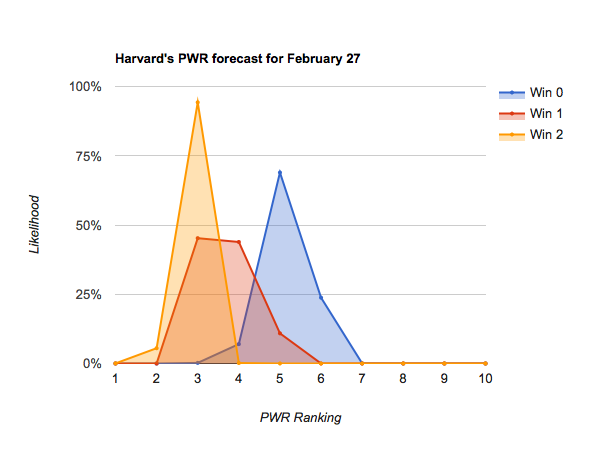 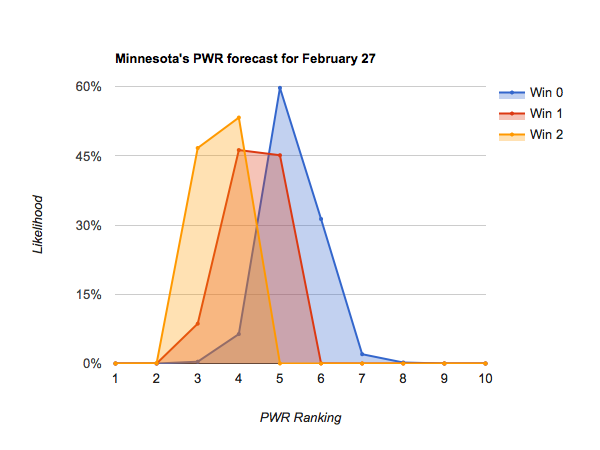 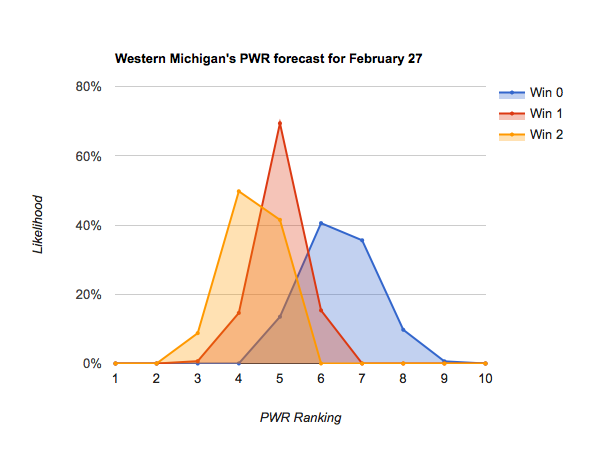 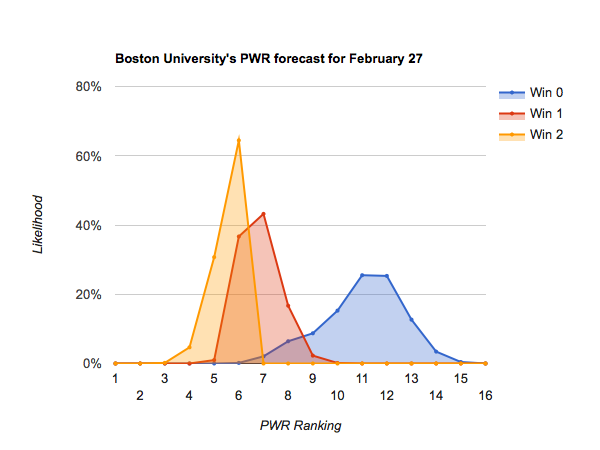 As the weekend game results come in during the final few weeks of conference play, college hockey fans start watching the PairWise Rankings tables for big moves that might push teams into, or out of, position for an at-large bid. Here are the teams most likely to be cited on forums and in tweets this weekend for “surprisingly” large moves.

#14 Penn State is unlikely to benefit much from a pair of wins over #40 Ohio State, but would likely plummet to about #20 (as low as #24 is realistically possible) if swept.

Surprise! #15 St. Lawrence could climb just a little with a pair of wins over #10 Yale and #53 Brown, but is facing steep decline to the #22-24 range with a pair of losses (or a more modest decline with a single loss).

#17 Rensselaer won’t move much if they defeat #1 Quinnipiac and #55 Princeton, but face a steep decline of about 9 ranking positions if they drop both.

#23 Minnesota Duluth, which I already noted is facing significant upside potential with a visit to #3 North Dakota, could surge to the #14-16 range if they hand the Fighting Hawks a second consecutive conference sweep. Even a single win would likely result in a noticeable climb.

#25 Robert Morris could excite fans with a likely move into the teens with a pair of wins over #30 Air Force. But remember, they’d need a repeat performance against Canisius next weekend to avoid giving that ground right back.